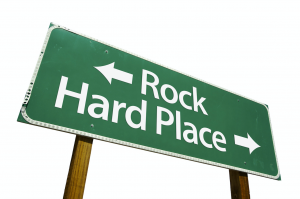 At the start of January, airports across the country faced long delays, angry passengers and a common statement to the media – customs computers were down, and redundancy capabilities were low.

An outage lasting more than four hours is like a heart attack in the technology world, and not having a backup plan that works properly can cause a lot of problemsAccording to a USAToday report, a temporary computer shutdown of U.S. Customs and Border Protection systems led to people being processed at international terminals by hand at some airports, resulting in long lines and short tempers. Computer issues were reported in Chicago, Boston, New York City, Baltimore, Miami and Atlanta, and others.

In total, the outage lasted an estimated four hours, but residual effects lasted a lot longer. The problem wasn’t just that computers failed, but that backups did not act quickly or properly. A measure of success when it comes to computer systems is uptime, which is the time when they are operational. Success is measured in percentages, and most data centers and IT managers aim for the 99.995% range. That standard means a total of 2.16 minutes per month of downtime is allowed, and a total of 26.28 minutes for the year.

When it comes to data center maintenance and plans, Chris Sevey, CEO of Enseva, stresses that online outages are serious. Businesses lose money for every second computer services are down, and employees are left in limbo trying to get work done. In this case, airport personnel processed international travelers by hand, causing delays for passengers ranging between 30 minutes and more than 2 hours. That kind of delay not only means angry passengers, but missed flights and a costly day to the airlines.

Occasional outages happen, but having full-blown outages in today’s world is considered unacceptable. That’s why reaching maximum uptime is imperative by having an effective backup plan firmly in place, or what many refer to as system redundancy.

Redundancy is a system design in which a component is duplicated so if it fails there will be a backup. Sevey said this means the system is back on track as soon as possible, and not sitting in limbo for more than four hours as was the case with U.S. customs and Border protection on Jan. 2.

Data centers focus to avoid any downtime by putting the proper procedures in place following standards established by the Uptime Institute. Like Enseva has in place, data centers strive to achieve what is known as Tier IV, or the highest tier of set standards. Meeting these standards allows data centers to target the goal of 99.995% of uptime.

While establishing the proper standards to avoid lengthy downtimes, redundancy is actually a simple concept. It essentially means when there is a single point of failure anywhere in the system, the backup, or secondary plan picks up the slack, allowing businesses to remain connected and in operation.

Learn more about Enseva’s standards, or contact us for a consultation at www.enseva.com.